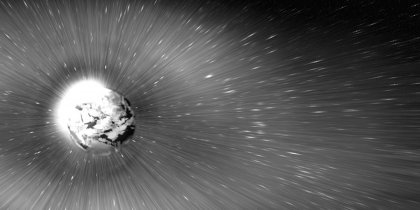 Blockages of Energy Centres That Stifles Healing for Wanderers

Questioner: Does the shape of the pyramid have a function in the initiation process?

Ra: I am Ra. This is a large question.

We feel that we shall begin and ask you to re-evaluate and ask further at a later session, this somewhat, shall we say, informative point.

To begin.
There are two main functions of the pyramid in relation to the initiatory procedures.

One has to do with the body.
Before the body can be initiated, the mind must be initiated.

This is the point at which most adepts of your present cycle find their mind/body/spirit complexes distorted from.

When the character and personality that is the true identity of the mind has been discovered, the body then must be known in each and every way.

Thus, the various functions of the body need understanding and control with detachment.

The first use of the pyramid, then,
is the going down into the pyramid for purposes of deprivation of sensory input so that the body may, in a sense, be dead and another life begin.

We advise, at this time, any necessary questions and a fairly rapid ending of this session.

Have you any query at this time/space?

Questioner: [I just had a] thought.

Do any of these Wanderers have physical ailments in this Earth situation?

Ra: I am Ra. Due to the extreme variance between the vibratory distortions of third density and those of the more dense densities, if you will, Wanderers have as a general rule some form of handicap, difficulty, or feeling of alienation which is severe.

Questioner: Is there a best way for these entities to heal themselves of their physical ailments?

Ra: I am Ra. This will be the last complete question of this time/space.

The self-healing distortion is effected through realization of the intelligent infinity resting within.

This is blocked in some way in those who are not perfectly balanced in bodily complexes.

The blockage varies from entity to entity.

It requires the conscious awareness of the spiritual nature of reality, if you will, and the corresponding pourings of this reality into the individual mind/body/spirit complex for healing to take place.

We will use this instrument as example.

The portions of its ailment, as you call this distortion complex, that can be perfected in balance are due primarily to a blockage of the indigo-ray or pineal energy center.

This center receives
the intelligent energy from all sources lawful within the one Creation; that is, lawful in this third-density distortion or illusion.

If there is no blockage,
these energies pour or stream down into the mind/body/spirit complex perfecting moment by moment the individual’s body complex.

This instrument also experiences some distortion of the green-ray energy center which you may call the heart center.

It is overly open due to an intensive desire distortion on the part of this mind/body/spirit complex towards service to others, or as you may call it, universal love.

This entity, therefore, spends itself without regard to its reserves of mind/body/spirit complex distortion in regard to what you call strength or energy.

This distortion is primarily due to the blockage of the indigo ray.

As we have said before, the misapprehension distortion of the instrument responsible for this blockage is the basic orientation towards a belief in unworthiness.

The unworthiness distortion blocks the free flow of intelligent energy.

The seventh or violet ray
is unimpaired, this being not only an energy receptor but a sum total of the vibratory level of the individual.

The other energy centers are also quite clear.

The solution to healing in this case
is action that puts into practice the peaceful understanding in humility distortion that the entity is one with the Creator, therefore perfected and not separate.

In each case of what you would call ill health one or more of these energy centers is blocked.

The intelligence of the mind/body/spirit complex
needs then to be alerted either by the self as healer or by the catalyst of another healer, as we have said before.

Is there a short question before we close this session?

Questioner: Then if the entity Jesus was fourth density and there are Wanderers on the planet today who came from fifth and sixth density, what was it that Jesus did that enabled him to be such a good healer and could these fifth- and sixth-density beings here now do the same?

Ra: I am Ra. Those who heal may be of any density which has the consciousness of the spirit.

The third density can be one in which healing takes place just as the others.

However, there is more illusory material to understand, to balance, to accept, and to move forward from.

The gate to intelligent infinity can only be opened when an understanding of the in-streamings of intelligent energy are opened unto the healer.

These are the so-called Natural Laws of your local space/time continuum and its web of electromagnetic sources or nexi of in-streaming energy.

Know then, first, the mind and the body.

Then as the spirit is integrated and synthesized,
these are harmonized into a mind/body/spirit complex which can move among the dimensions and can open the gateway to intelligent infinity, thus healing self by light and sharing that light with others.

True healing is simply the radiance of the self causing an environment in which a catalyst may occur which initiates the recognition of self, by self, of the self -healing properties of the self.

Questioner: How did Jesus learn this during his incarnation?

Ra: I am Ra. This entity learned the ability by a natural kind of remembering at a very young age.

Unfortunately, this entity first discovered his ability to penetrate intelligent infinity by becoming the distortion you call “angry” at a playmate.

This entity was touched by the entity known as Jesus and was fatally wounded.

Thus the one known as Jesus became aware that there dwelt in him a terrible potential.

This entity determined to discover how to use this energy for the good, not for the negative.

This entity was extremely positively polarized and remembered more than most Wanderers do.