Common 'Incarnation Patterns' and 'Life Experiences' of Most Wanderers or Adepts 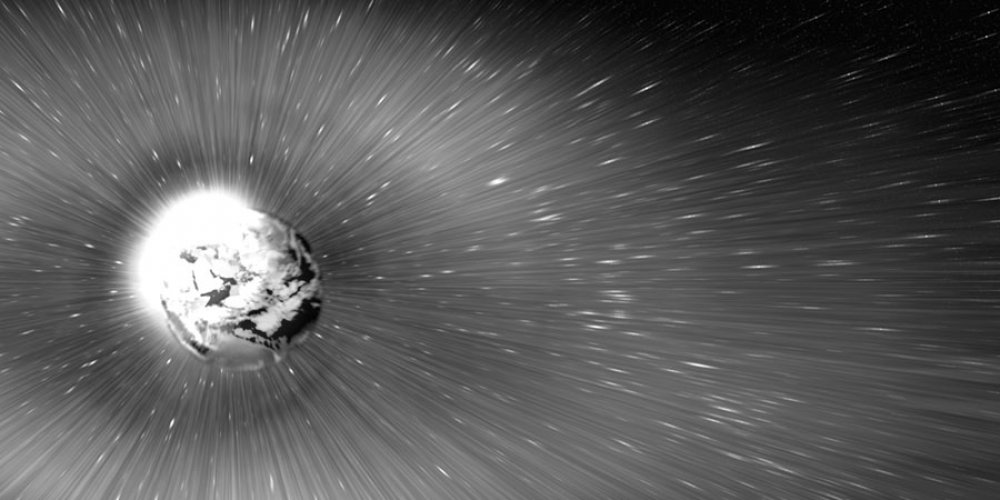 Questioner: Could you give an example of how an entity sets up a condition for attracting a particular experiential catalyst and how that catalyst then is provided or is learned.

Ra: I am Ra. Such an example may be given.

Questioner: Will you give that?

Ra: I am Ra. We paused to scan (name’s) consciousness to use its experiential catalyst as example.

This is one instance and extrapolation may be made to other entities which are aware of the process of evolution.

This entity chose, before incarnation, the means whereby catalyst had great probability of being obtained.

This entity desired the process of expressing love and light without expecting any return.

This entity programmed also to endeavor to accomplish spiritual work and to comfort itself with companionship in the doing of this work.

Agreements were made prior to incarnation;

the first,
with the so-called parents and siblings of this entity.
This provided the experiential catalyst for the situation of offering radiance of being without expectation of return.

These agreements provided and will provide, in your time/space and space/time continuum, opportunities for the experiential catalyst of work and comradeship.

There are events which were part of a program for this entity only in that they were possibility/probability vortices having to do with your societal culture.

These events include
the nature of the living or standard of living,
the type of relationships entered into in your legal framework, and
the social climate during the incarnation.

The incarnation was understood to be one which would take place at harvest.

These givens, shall we say, apply to millions of your peoples.

Those negatively harvestable
will be found at this time endeavoring to share their love of self.

There are those whose lessons are more random
due to their present inability to comprehend the nature and mechanism of the evolution of mind, body, and spirit.

Of these we may say that the process is guarded by those who never cease their watchful expectation of being of service.

There is no entity without help, either through self-awareness of the unity of creation or through guardians of the self which protect the less sophisticated mind/body/spirit from any permanent separation from unity while the lessons of your density continue.

Questioner: Could you give an example of negative polarization sharing love of self?

It would seem to me that that would deplete negative polarization.

Could you expand on the concept?

Ra: I am Ra. We may not use examples of known beings due to the infringement this would cause.

Thus we must be general.

The negatively oriented being
will be one who feels that it has found power that gives meaning to its existence precisely as the positive polarization does feel.

This negative entity will strive to offer these understandings to otherselves, most usually by the process of forming the elite, the disciples, and teaching the need and rightness of the enslavement of other-selves for their own good.

These other-selves are conceived to be dependent upon the self and in need of the guidance and the wisdom of the self.

Questioner: Can you expand on the concept which is that it is necessary for an entity, during incarnation in the physical as we know it, to become polarized or interact properly with other entities and why this isn’t possible in between incarnations when the entity is aware of what he wants to do.

Why must he come into an incarnation and lose conscious memory of what he wants to do and then act in a way in which he hopes to act?

Let us give the example of the man who sees all the poker hands.
He then knows the game.
It is but child’s play to gamble, for it is no risk.
The other hands are known.
The possibilities are known and the hand will be played correctly but with no interest.

In time/space and in the true color green density,
the hands of all are open to the eye.
The thoughts, the feelings, the troubles, all these may be seen.

There is no deception and no desire for deception.

Thus much may be accomplished in harmony but the mind/body/spirit gains little polarity from this interaction.

Let us re-examine this metaphor and multiply it into

the longest poker game you can imagine, a lifetime.

However, your only indication of other-selves’ cards is to look into the eyes.

You cannot remember your hand, their hands, perhaps even the rules of this game.

“All, all of you players, each other-self, whatever your hand, I love you.”

This is the game:
to know,
to accept,
to forgive,
to balance, and
to open the self in love.

This cannot be done without the forgetting, for it would carry no weight in the life of the mind/body/spirit being-ness totality.

Is there a brief query before we leave this instrument?

Questioner: I am sorry for my confusion.

Sometimes, as you say, sound vibration complexes are not very adequate.

The answer to this next question probably has to do with our distorted view of time, but as I see it, Wanderers in this density who come from the fifth-density or sixth-density should already be of a relatively high degree of adeptness and they must follow a slightly different path back to the adeptness that they once had in a higher density and get as close to it as they can in the third-density.

Ra: I am Ra. Your query is less than perfectly focused.

We shall address the subject in general.

There are many Wanderers whom you may call adepts who do no conscious work in the present incarnation.

It is a matter of attention.

One may be a fine catcher of your game sphere, but if the eye is not turned as this sphere is tossed then perchance it will pass the entity by.

If it turned its eyes upon the sphere, catching would be easy.

In the case of Wanderers which seek to recapitulate the degree of adeptness which each had acquired previous to this life experience, we may note that even after the forgetting process has been penetrated there is still the yellow activated body which does not respond as does the adept which is of a green- or blue-ray activated body.

Thusly, you may see the inevitability of frustrations and confusion due to the inherent difficulties of manipulating the finer forces of consciousness through the chemical apparatus of the yellow-ray activated body.

Questioner: You made the statement in a previous session that the true adept lives more and more as it is.

Will you explain and expand more upon that statement?

Ra: I am Ra. Each entity is the Creator.

The entity, as it becomes more and more conscious of its self,
gradually comes to the turning point at which it determines to seek either in service to others or in service to self.

The seeker becomes the adept when it has balanced with minimal adequacy the energy centers red, orange, yellow, and blue with the addition of the green for the positive, thus moving into indigo work.

The adept then
begins to do less of the preliminary or outer work, having to do with function, and begins to effect the inner work which has to do with being.

As the adept becomes a more and more consciously crystallized entity
it gradually manifests more and more of that which it always has been since before time; that is, the one infinite Creator.

This instrument begins to show rapid distortion towards increase of pain.

We, therefore, would offer time for any brief query before we leave this working.

Questioner: Thank you.
I didn’t mean to go over previous material.

I should have phrased my question more carefully.
That is what I expected.

I was trying to get a confirmation of my suspicion.
I suspected that.
I will try to be more careful in questioning.

The second question from the instrument says,

“While on vacation I uncovered a lot about myself not consciously known before.

It seems to me that I have coasted a lot on the spiritual gifts given at birth and never have spent any time getting to know my human self which seems to be a child, immature and irrational. Is this so?”

Questioner: Then she says,

“If this is so, this seems to be part of the riddle about the manner of my beingness that Ra spoke of.

I fear that if I do not work successfully on my human distortions I shall be responsible for losing the contact.

Yet also Ra suggests the over-dedication to any outcome is unwise.

Ra: I am Ra. We comment in general first upon the query about the contact which indicates once again that the instrument views the mind/body/spirit complex with jaundiced eye.

Each mind/body/spirit complex that is seeking shall almost certainly have the immature and irrational behaviors.

It is also the case that this entity, as well as almost all seekers, has done substantial work within the framework of the incarnative experience and has indeed developed maturity and rationality.

Indeed, any seeker discovering in itself this complex of mental and mental/emotional distortions shall ponder the possible non-efficacy of judgment.

As we approach the second portion of the query we view the possibility of infringement upon free will.

However, we believe we may make reply within the boundaries of the Law of Confusion.

This particular instrument was not trained, nor did it study, nor worked it at any discipline in order to contact Ra.

We were able, as we have said many times, to contact this group using this instrument because of the purity of this instrument’s dedication to the service of the one infinite Creator and also because of the great amount of harmony and acceptance enjoyed each by each within the group; this situation making it possible for the support group to function without significant distortion.

We are humble messengers.

How can any thought be taken by an instrument as to the will of the Creator?

We thank this group that we may speak through it, but the future is mazed.

We cannot know whether our geste may, after one final working, be complete.

Can the instrument, then, think for a moment that it shall cease in the service of the one infinite Creator?

We ask the instrument to ponder these queries and observations.

Last modified on Wednesday, 25 September 2019 02:45
Tweet
More in this category: How Many Wanderers Have Penetrated Their Memory Block and Being Awakened? »
Login to post comments
back to top