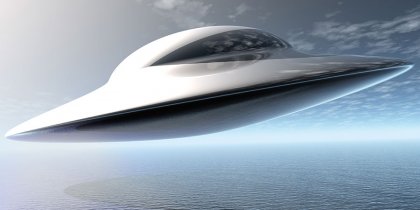 Increased in UFO Activities That May Aid Seeking

Questioner: Then as the UFO phenomenon was made obvious to many of the population, many groups of people were reporting contact and telepathic contact with UFO entities and recorded the results of what they considered telepathic communication.

Was the Confederation oriented to impressing telepathic communication on groups that were interested in UFOs?

Ra: I am Ra. This is correct although some of our members have removed themselves from the time/space using thought-form projections into your space/time, and have chosen, from time to time, with permission of the Council, to appear in your skies without landing.

Questioner: Then are all of the landings that have occurred with the exception of the landing that occurred when (name) was contacted of the Orion group or similar groups?

Ra: I am Ra. Except for isolated instances of those of, shall we say, no affiliation, this is correct.

Questioner: My lecture yesterday was attended by only a few.

If this had occurred during a UFO flap many more would have attended. Since Orion entities cause the flaps, what is Orion’s reward for visibility in that they actually create greater opportunities for the dissemination of information such as this information at those times?

Ra: I am Ra. This assumption is incorrect.

The flaps cause many fears among your peoples,
many speakings,
understandings concerning plots,
cover-ups,
mutilations,
killings, and other negative impressions.

Even those supposedly positive reports which gain public awareness speak of doom.

You may understand yourself as one who will be in the minority due to the understandings which you wish to share, if we may use that misnomer.

We perceive there is a further point we may posit at this time.

The audience brought about by Orion-type publicity is not seeded by seniority of vibration to a great extent.

The audiences receiving teach/learnings without stimulus from publicity will be more greatly oriented towards illumination.

Therefore, forget you the counting.