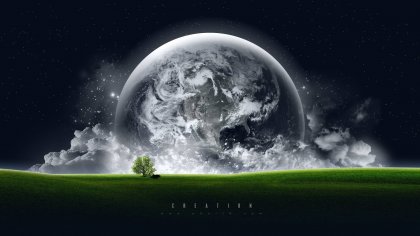 Questioner: Could you define the word density as we have been using it?

Ra: I am Ra. The term density is a, what you call, mathematical one.

The closest analogy is that of music, whereby after seven notes on your western type of scale, if you will, the eighth note begins a new octave.

Within your great octave of existence which we share with you,
there are seven octaves or densities.

Questioner: I noticed that the time of this session has gone slightly over an hour.

I would like to ask at this time if we should go on?

What is the condition of the instrument?

Ra: I am Ra. This instrument is in balance.

It is well to continue if you desire.

This is expanding at a really large rate as each is increased by powers of seven.

Does this mean that in any density level anything that you can think of is happening?

Ra: I am Ra. From your confusion we select the concept with which you struggle, that being infinity/opportunity.

You may consider any possibility/probability complex as having an existence.