A Brief History of Atlantis and Lemuria 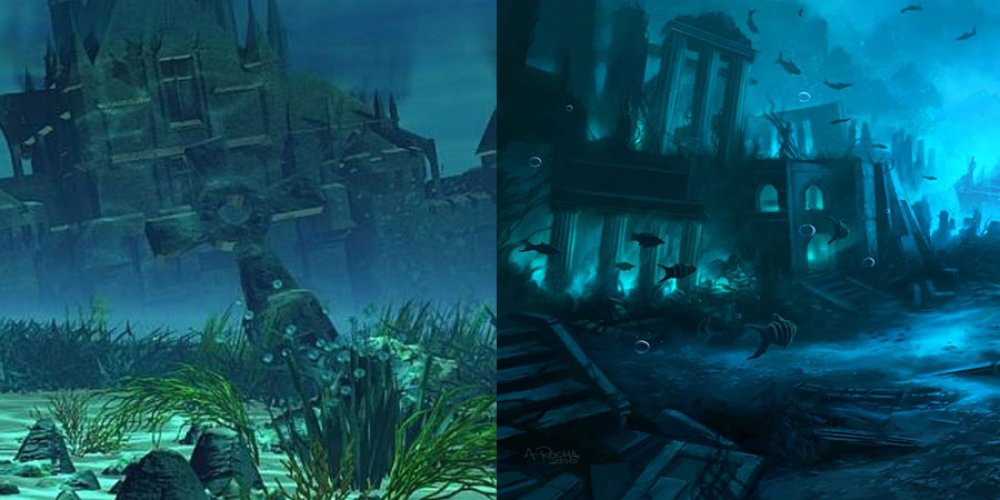 Published in Earth's History & Its Inhabitants
Read 6700 times
Tagged under

Ra: I am Ra. This is the last question of this working.

The civilizations of Atlantis and Lemuria were not one but two.

Let us look first at the

Mu entities.
They were beings of a somewhat primitive nature, but those who had very advanced spiritual distortions.

The civilization was part of this cycle, experienced early within the cycle at a time of approximately 53,000 of your years ago.

It was an helpful and harmless place which was washed beneath the ocean during a readjustment of your sphere’s tectonic plates through no action of their own.

They sent out those who survived and reached many places in what you call Russia, North America, and South America.

The Indians of whom you come to feel some sympathy in your social complex distortions are the descendants of these entities.

Like the other incarnates of this cycle, they came from elsewhere.

However, these particular entities were largely from a second-density planet which had some difficulty, due to the age of its sun, in achieving third-density life conditions.

This planet was from the galaxy Deneb.

The Atlantean race
was a very conglomerate social complex which began to form approximately 31,000 years in the past of your space/time continuum illusion.

It was a slow growing and very agrarian one until approximately 15,000 of your years ago.

It reached quickly a high technological understanding which caused it to be able to use intelligent infinity in an informative manner.

We may add that they used intelligent energy as well, manipulating greatly the natural influxes of the indigo or pineal ray from divine or infinite energy.

Thus, they were able to create life forms.

This they began to do instead of healing and perfecting their own mind/body/spirit complexes, turning their distortions towards what you may call negative.

Approximately 11,000 of your years ago,
the first of the, what you call, wars, caused approximately forty percent of this population to leave the density by means of disintegration of the body.

The second and most devastating of the conflicts
occurred approximately 10,821 years in the past according to your illusion.

This created an earth-changing configuration and the large part of Atlantis was no more, having been inundated.

Three of the positively-oriented of the Atlantean groups left this geographical locus before that devastation, placing themselves in the mountain areas of what you call Tibet, what you call Peru, and what you call Turkey.

Do you have any brief questions before we close this meeting?

QUESTIONER
As we progress into the second 25,000-year cycle, did— At this time, during this period, was this the period of Lemuria?

RA I am Ra. This is incorrect.

However, those who escaped the destruction of Lemuria by natural catastrophe, and were thus of Lemurian background, continued their learn/teachings at locations ranging from your South America onward through the Americas, as you know them, and continuing over what was at that time a bridge which no longer exists.

There were those in what you would call Russia . . . [tape ends]

QUESTIONER
Just to quickly refresh my mind: how many years ago did Lemuria suffer its catastrophe?

RA I am Ra.
This was approximately fifty thousand [50,000] of your years ago.

The origins being approximately five three, fifty-three thousand [53,000] of your years ago, the damage being completed in that last small cycle of the first master cycle.

QUESTIONER
Did you mean to say master or major cycle?

RA I am Ra.
The appropriate sound vibration complex is major cycle.

Then did the ending of this first major cycle have something to do with the destruction of Lemuria, or did this destruction just happen to occur at the end of that cycle?

RA I am Ra. There is a confluence of energies at the ending of a major cycle.

This encouraged what was already an inevitable adjustment in the movement of the surfaces of your planetary sphere.

I apologize in being so stupid in stating my questions but this has cleared up my understanding nicely.

Then in the second 25,000 year major cycle was there any great civilization that developed?

Ra: I am Ra. In the sense of greatness of technology there were no great societies during this cycle.

There was some advancement among those of Deneb who had chosen to incarnate as a body in what you would call China.

There were appropriately positive steps in activating the green-ray energy complex in many portions of your planetary sphere including
the Americas,
the continent which you call Africa,
the island which you call Australia,
and that which you know as India, as well as various scattered peoples.

None of these became what you would name great as the greatness of Lemuria or Atlantis is known to you due to the formation of strong social complexes and in the case of Atlantis, very great technological understandings.

However, in the South American area of your planetary sphere as you know it, there grew to be a great vibratory distortion towards love.

These entities were harvestable at the end of the second major cycle without ever having formed strong social or technological complexes.

This will be the final question in completion of this session.

Is there a query we may answer quickly before we close, as this instrument is somewhat depleted?

The Confederation Contacts with Atlantis

Questioner: Was the next action taken by the Confederation when a call occurred?

Questioner: Who or what group produced this call, and what action was taken by the Confederation?

Ra: I am Ra. The calling was that of Atlanteans.

This calling was for what you would call understanding with the distortion towards helping otherselves.

The action taken is that which you take part in at this time: the impression of information through channels, as you would call them.

Questioner: Was this first calling then at a time before Atlantis became technologically advanced?

Questioner: Then did the technological advancement of Atlantis come because of this call?

At about the same time as we first appeared in the skies over Egypt and continuing thereafter, other entities of the Confederation appeared unto Atlanteans who had reached a level of philosophical understanding, shall we misuse this word, which was consonant with communication, to encourage and inspire studies in the mystery of unity.

However, requests being made for healing and other understanding, information was passed having to do with crystals and the building of pyramids as well as temples, as you would call them, which were associated with training.

Questioner: Was this training the same sort of initiatory training that was done with Egyptians?

Ra: I am Ra. This training was different in that the social complex was more, shall we say, sophisticated and less contradictory and barbarous in its ways of thinking.

Therefore the temples were temples of learning rather than the attempt being made to totally separate and put upon a pedestal the healers.

Questioner: Then were there what we call priests trained in these temples?

Ra: I am Ra. You would not call them priests in the sense of celibacy, of obedience, and of poverty.

They were priests in the sense of those devoted to learning.

The difficulties became apparent as those trained in this learning began to attempt to use crystal powers for those things other than healing, as they were involved not only with learning but became involved with what you would call the governmental structure.

Questioner: Was all of their information given to them in the same way that we are getting our information now, through an instrument such as this instrument?

Ra: I am Ra. There were visitations from time to time but none of importance in the, shall we say, historical passage of events in your space/time continuum.

Questioner: Was it necessary for them to have an unified social complex for these visitations to occur?

What conditions were necessary for these visitations to occur?

The conditions were two:
the calling of a group of people whose square overcame the integrated resistance of those unwilling to search or learn;
the second requirement, the relative naiveté of those members of the Confederation who felt that direct transfer of information would necessarily be as helpful for Atlanteans as it had been for the Confederation entity.

Questioner: I see then.

What you are saying is that these naive Confederation entities had had the same thing happen to them in the past so they were doing the same thing for the Atlantean entities. Is this correct?

We remind you that we are one of the naive members of that Confederation and are still attempting to recoup the damage for which we feel responsibility.

It is our duty as well as honor to continue with your peoples, therefore, until all traces of the distortions of our teach/learnings have been embraced by their opposite distortions, and balance achieved.

Questioner: I see. Then I will state the picture I have of Atlantis and you tell me if I am correct.

We have a condition where a large enough percentage of the people of Atlantis had started at least going in the direction of the Law of One and living the Law of One for their call to be heard by the Confederation.

This call was heard because, using the Law of Squares, it overrode the opposition of the Atlantean entities who were not calling.

The Confederation then used channels such as we use now in communication and also made contact directly, but this turned out to be a mistake because it was perverted by the entities of Atlantis. Is this correct?

Ra: I am Ra. This is correct with one exception.

There is only one law. That is the Law of One.

Other so-called laws are distortions of this law, some of them primal and most important for progress to be understood.

However, it is well that each so-called law, which we also call “way,” be understood as a distortion rather than a law.

There is no multiplicity to the Law of One.

This will be the final question in length of this working.

Questioner: Can you give me the average life span of the Atlantean population?

Ra: I am Ra. The average life span, as we have said, is misleading.

The Atlanteans were, in the early part of their cultural experience, used to life spans from 70 to 140 years, this being, of course, approximate.

Due to increasing desire for power, the lifetime decreased rapidly in the later stages of the civilization and, thus, the healing and rejuvenating information was requested.

Do you have any brief queries before we close?

Last modified on Monday, 31 December 2018 23:18
Tweet
More in this category: 'The Confederation' Contacts with Atlantis: Its Wars and Subsequent Destruction »
Login to post comments
back to top