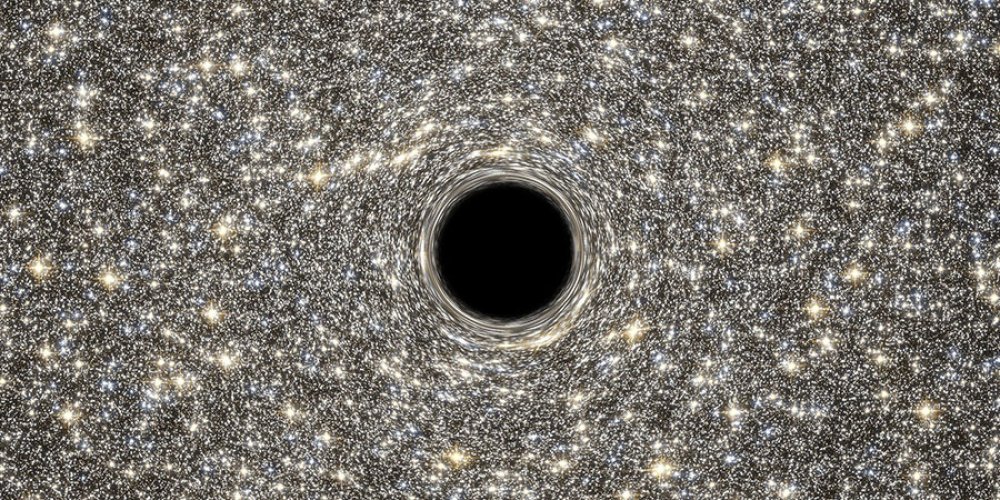 Ra: I am Ra. We shall address the entire spectrum of this question before defining as requested.

Your language, using vibrational sound complexes, can be at best an approximation of that which is closer to an understanding, if you will, of the nature of conscious thought.

To define intelligent apart from infinity is difficult, for these two vibration complexes equal one concept.

It is much like attempting to divide your sound vibration concept, faith, into two parts.

We shall attempt to aid you however.

Questioner: It is not necessary to divide it.

The definition of intelligent infinity is sufficient.

Could you define that please?

Ra: I am Ra. This is exponentially simpler and less confusing.

This unity is all that there is.

This unity has a potential and kinetic.

The potential is
intelligent infinity.
Tapping this potential will yield work.

This work has been called by us,
intelligent energy.

The nature of this work is dependent upon the particular distortion of free will which in turn is the nature of a particular intelligent energy of kinetic focus of the potential of unity or that which is all.

Questioner: I would like to expand a little on the concept of work.

In Newtonian physics the concept of work is the product of force and distance.

I am assuming that the work of which you speak is a much broader term including possibly work in consciousness.

Ra: I am Ra. As we use this term it is universal in application.

Intelligent infinity
has a rhythm or flow as of a giant heart beginning with the central sun as you would think or conceive of this, the presence of the flow inevitable as a tide of beingness without polarity, without finity; the vast and silent all beating outward, outward, focusing outward and inward until the focuses are complete.

The intelligence or consciousness of foci
have reached a state where their, shall we say, spiritual nature or mass calls them inward, inward, inward until all is coalesced.

This is the rhythm of reality as you spoke.

Questioner: What I am assuming is that quantized incremental rotations of the vibrations show up as a material of these densities. Is this correct?

Ra: I am Ra. This is essentially correct.

Questioner: Then because of these rotations there is an inward motion of these particles which is opposite the direction of space/time progression as I understand it, and this inward progression then is seen by us as what we call gravity. Is this correct?

Questioner: Can you tell me how the gravity comes about?

This is a manifestation of a spiritual event or condition of living-ness.

Questioner: The gravity that we know of on our moon is less than it is on our planet.

Is there a metaphysical principle behind this that you could explain?

Ra: I am Ra. The metaphysical and physical are inseparable.

Thus that of which you spoke which attempts to explain this phenomenon is able to, shall we say, calculate the gravitational force of most objects due to the various physical aspects such as what you know of as mass.

However, we felt it was necessary to indicate the corresponding and equally important metaphysical nature of gravity.

Questioner: I sometimes have difficulty in getting a foothold into what I am looking for.

I am trying to seek out the metaphysical principles, you might say, behind our physical illusion.

Could you give me an example of the amount of gravity in the third density conditions at the surface of the planet Venus?

Would it be greater or less than Earth’s?

Ra: I am Ra. The gravity, shall we say, the attractive force which we also describe as the pressing outward force towards the Creator is greater spiritually upon the entity you call Venus due to the greater degree of success, shall we say, at seeking the Creator.

This point only becomes important when you consider that when all of creation in its infinity has reached a spiritual gravitational mass of sufficient nature, the entire creation infinitely coalesces; the light seeking and finding its source and thusly ending the creation and beginning a new creation much as you consider the black hole, as you call it, with its conditions of infinitely great mass at the zero point from which no light may be seen as it has been absorbed.

Questioner: Then the black hole would be a point at which the environmental material has succeeded in uniting with unity or with the Creator? Is this correct?

Ra: I am Ra. The black hole which manifests third density is the physical complex manifestation of this spiritual or metaphysical state.

Questioner: Then when our planet is fully into fourth density, will there be a greater gravity?

Ra: I am Ra. There will be a greater spiritual gravity thus causing a denser illusion.

Questioner: This denser illusion then I would assume increases gravitational acceleration above the 32 feet per second squared that we experience. Is this correct?

Ra: I am Ra. Your entities do not have the instrumentation to measure spiritual gravity but only to observe a few of its extreme manifestations.

Questioner: This I know, that we can’t measure spiritual gravity, but I was just wondering if the physical effect could be measured as an increase in the gravitational constant?

That was my question.

Ra: I am Ra. The increase measurable by existing instrumentation would and will be statistical in nature only and not significant.

Questioner: Is it possible for you to give me an example of various planetary developments in what I would call a metaphysical sense having to do with the development of consciousness and its polarities throughout the galaxy?

In other words I believe that some of these planets develop quite rapidly into higher density planets and some take longer times.

Can you give me some idea of that development?

Ra: I am Ra. This will be the final full query of this session.

The particular Logos of your major galaxy has used a large portion of Its coalesced material to reflect the being-ness of the Creator.

In this way there is much of your galactic system which does not have the progression of which you speak but dwells spiritually as a portion of the Logos.

Of those entities upon which consciousness dwells there is, as you surmise, a variety of time/space periods during which the higher densities of experience are attained by consciousness.

Is there any short query further before we close?

You stated yesterday that much of this major galactic system dwells spiritually as a part of the Logos.

Do you mean that near the center of this major galactic system that the stars there do not have planetary systems? Is this correct?

The Logos has distributed itself throughout your galactic system.

However, the time/space continua of some of your more central sun systems are much further advanced.

Questioner: Well then, could you generally say that as you get closer to the center of this major system that there is a greater spiritual density or spiritual quality in that area?

Ra: I am Ra. This will be the last full question of this session as this instrument is somewhat uncomfortable.

We do not wish to deplete the instrument.

The spiritual density or mass of those more towards the center of your galaxy is known.

However, this is due simply to the varying timelessness states during which the planetary spheres may coalesce, this process of space/time beginnings occurring earlier, shall we say, as you approach the center of the galactic spiral.

And thank you for that explanation of the mathematics too.

Could you define spiritual mass?

Spiritual mass is that which begins to attract the out-moving and on-going vibratory oscillations of being-ness into the gravity, speaking in a spiritual sense, well of the great central sun, core, or Creator of the infinite universes.

Questioner: I thought that I would make a statement and let you correct it.

I’m trying to make a simple model of the portion of the universe that we find ourselves in.

Starting with the sub-Logos, our sun, we have white light emanating from this which is made up of the frequencies ranging from the red to the violet.

I am assuming that this white light then contains the experiences through all of the densities and as we go into the eighth density we go into a black hole which becomes, on the other side, another Logos or sun and starts another octave of experience.

Can you comment on this part of my statement?

Ra: I am Ra. We can comment upon this statement to an extent.

The concept of the white light of the sub-Logos being prismatically separated and later, at the final chapter, being absorbed again is basically correct.

However, there are subtleties involved which are more than semantic.

The white light which emanates and forms the articulated sub-Logos has its beginning in what may be metaphysically seen as darkness.

The light comes into that darkness and transfigures it, causing the chaos to organize and become reflective or radiant.

Thus the dimensions come into being.

Conversely, the blackness of the black hole, metaphysically speaking,
is a concentration of white light being systematically absorbed once again into the one Creator.

Finally, this absorption into the one Creator continues until all the infinity of creations have attained sufficient spiritual mass in order that all form once again the great central sun, if you would so imagine it, of the intelligent infinity awaiting potentiation by free will.

Thus the transition of the octave is a process which may be seen to enter into timelessness of unimaginable nature.

To attempt to measure it by your time measures would be useless.

Therefore, the concept of moving through the black hole of the ultimate spiritual gravity well and coming immediately into the next octave misses the subconcept or corollary of the portion of this process which is timeless.

Questioner: Our astronomers have noticed that light from spiral galaxies is approximately seventy times less than it should be, considering the calculated mass of the galaxy.

I was wondering if that was due to the increase of spiritual mass in the galaxy in what we call white dwarf stars?

Ra: I am Ra. This is basically correct and is a portion of the way or process of creation’s cycle.

Last modified on Monday, 24 February 2020 20:18
Tweet
More in this category: Metaphysical Description of 'True Colours' of Densities »
Login to post comments
back to top