'Star Wars', 'Battle Beyond The Stars' & 'The Ninth Configuration' Movies 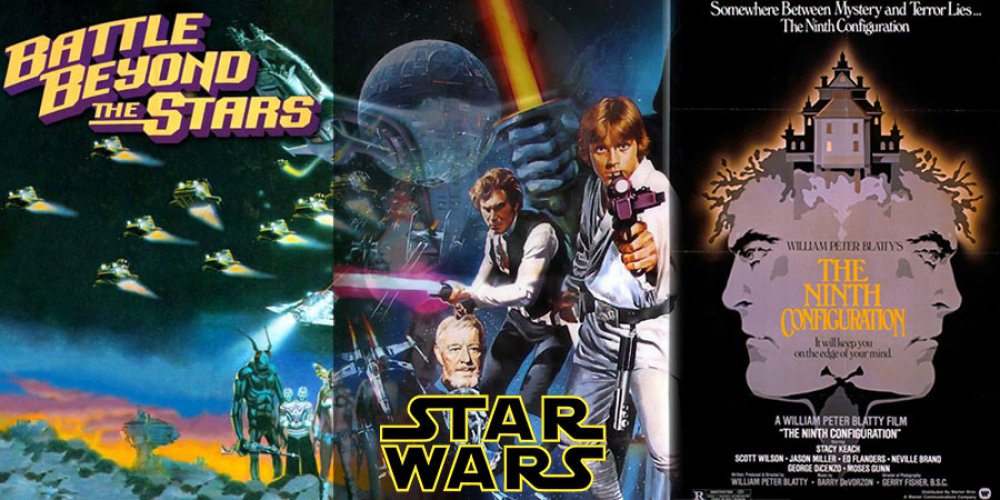 Published in Earth's History & Its Inhabitants
Read 2813 times
Tagged under

Questioner: You mentioned the word “Empire” in relation to the Orion group.

I have thought for some time that the movie Star Wars  was somehow an allegory for what is actually happening. Is this correct?

Ra: I am Ra. This is correct in the same way that a simple children’s story is an allegory for physical/philosophical/social complex distortion/understanding.

Questioner: I had assumed before I asked the question that that would be the answer.

I only asked it for his benefit because he wished for me to.

This may be a dumb question.

There is a movie called “Battle Beyond the Stars.”

I don’t know if you are familiar with it or not. I guess you are.

It just seemed to have what you are telling us included in the script.

Ra: I am Ra. This particular creation of your entities had some distortions of the Law of One and its scenario upon your physical plane.

Questioner: I will ask you if you are familiar with a motion picture called The Ninth Configuration.

Are you familiar with this?

Ra: I am Ra. We scan your mind and see this configuration called The Ninth Configuration.

Questioner: This motion picture brought out the point about which we have been talking.

The Colonel had to make a decision.

I was wondering about his polarization.

He could have knuckled under, you might say, to the negative forces, but he chose to defend his friend instead.

Ra: I am Ra. This question takes in the scope of fourth-density as well as your own and its answer may best be seen by the action of the entity called Jehoshuah, which you call Jesus.

This entity was to be defended by its friends.

The entity reminded its friends to put away the sword.

This entity then delivered itself to be put to the physical death.

The impulse to protect the loved other-self is one which persists through the fourth-density, a density abounding in compassion.

More than this we cannot and need not say.

Last modified on Monday, 20 August 2018 00:44
Tweet
More in this category: The Event that Caused the Explosion in Tunguska Region in Russia »
Login to post comments
back to top