The Cause of Homosexual Orientation and Other Sexual Preferences or Biases 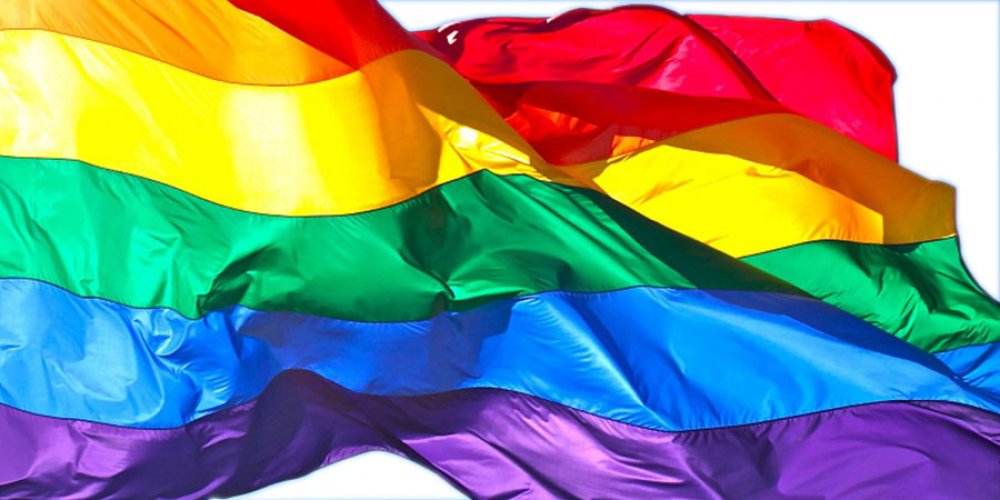 Published in Earth's History & Its Inhabitants
Read 4717 times
Tagged under

In the previous material you mentioned “magnetic attraction.”

Would you define and expand upon that term?

Ra: I am Ra. We used the term to indicate that in your bisexual natures there is that which is of polarity.

This polarity may be seen to be variable according to the, shall we say, male/female polarization of each entity, be each entity biologically male or female.

Thus you may see the magnetism which two entities with the appropriate balance, male/female versus female/male polarity, meeting and thus feeling the attraction which polarized forces will exert, one upon the other.

This is the strength of the bisexual mechanism.

It does not take an act of will to decide to feel attraction for one who is oppositely polarized sexually.

It will occur in an inevitable sense giving the free flow of energy a proper, shall we say, avenue.

This avenue may be blocked by some distortion toward a belief/condition stating to the entity that this attraction is not desired.

However, the basic mechanism functions as simply as would, shall we say, the magnet and the iron.

Questioner: We have what seems to be an increasing number of entities incarnate here now who have what is called a homosexual orientation.

Could you explain and expand upon that concept?

Ra: I am Ra. Entities of this condition experience a great deal of distortion due to the fact that they have experienced many incarnations as biological male and as biological female.

This would not suggest what you call homosexuality in an active phase were it not for the difficult vibratory condition of your planetary sphere.

There is what you may call great aura infringement among your crowded urban areas in your more populous countries, as you call portions of your planetary surface.

Under these conditions the confusions will occur.

Questioner: Why does density of population create these confusions?

The bisexual reproductive urge has as its goal, not only the simple reproductive function, but more especially the desire to serve others being awakened by this activity.

In an over-crowded situation where each mind/body/spirit complex is under constant bombardment from other-selves it is understandable that those who are especially sensitive would not feel the desire to be of service to otherselves.

This would also increase the probability of a lack of desire or a blockage of the red ray reproductive energy.

In an uncrowded atmosphere
this same entity would, through the stimulus of feeling the solitude about it, then have much more desire to seek out someone to whom it may be of service thus regularizing the sexual reproductive function.

Ra: I am Ra. If an entity has had roughly 65% of its incarnations in the sexual/biological body complex, the opposite polarity to its present body complex, this entity is vulnerable to infringement of your urban areas and may perhaps become of what you call an homosexual nature.

It is to be noted at this juncture that although it is much more difficult, it is possible in this type of association for an entity to be of great service to another in fidelity and sincere green ray love of a nonsexual nature thus adjusting or lessening the distortions of its sexual impairment.

Questioner: Is there an imprint occurring on the DNA coding of an entity so that sexual biases are imprinted due to early sexual experiences?

This is similarly true with some of the encounters which might be seen as homosexual among those of this age group.

These are often, instead, innocent exercises in curiosity.

However, it is quite accurate that the first experience in which the mind/body/spirit complex is intensely involved will indeed imprint upon the entity for that life experience a set of preferences.

Questioner: Does the Orion group use this as a gateway to impress upon entities preferences which could be of a negative polarization?

Questioner: What was the reason for the wandering of these two Wanderers, and were they male and female?

Ra: I am Ra. All Wanderers come to be of assistance in serving the Creator, each in its own way.

The Wanderers of which we have been speaking were indeed incarnated male and female as this is by far the most efficient system of partnership.

Questioner: The Matrix of the Mind is depicted as a male on the card and the Potentiator as female.

Could Ra state why this is and how this affects these two archetypes?

the Potentiator of the Mind
to the biological female.

Thusly in energy transfer
the female is able to potentiate that which may be within the conscious mind of the male so that it may feel enspirited.

In a more general sense, that which reaches may be seen as a male principle.

That which awaits the reaching may be seen as a female principle.

The richness of the male and female system of polarity is interesting and we would not comment further but suggest consideration by the student.

Editor's Comments: Subject to the absolute freewill of the Reader.

We are going to lament briefly on this touchy subject of homosexuality, bearing in mind that our comments are, for the most part, directed to those who seeks in order to elevate their spiritual stance.

For those who have eyes/minds to see, there are continuous efforts in our society today by the "power that be", where the normalisation of homosexuality is greatly promoted in our society, which creates confusion within the psyche to avert dealing with the opposite sex.

Indeed, there's nothing wrong with being a "homosexual" in its very essence, as We Are All One under the Law of Unity, but if intelligent infinity is to be contacted, a partnership between a male (positive polarity) and female (negative polarity) are the most efficient/effective way to polarise or to do 'spiritual work'.

You may look at the partnership between a Male & Female with an analogy of a battery with its positive and negative terminals. Without the connection (or the working together) of these two electrical terminals, the current/load will not be able to travel to its final destination, i.e. to a light bulb.

Another analogy is that of a magnet, 'like-poles' will repel each other, where 'unlike poles' attracts, spiritually-speaking.

Thusly, in our society today, all efforts are being promulgated in the mainstream media, films, tv programs, by the negative forces to further throw the sexual energies, or the natural combination (male/female) thereof, into chaos or confusion, especially at an early age.

This is one of the main reasons why many of our kids today are being offered sex-altering drugs/operation and educational programming, which further confuses the Entity as he/she grows.

The constant aggrandizement or elevation of certain groups creates further discords and separation, which the negative forces uses to confuse, divide/conquer and enslave, especially at an energetic level.

The negative forces, for the most part, do not give a hoot about homosexuals (or any other groups of such), but only see these groups as a means of using these 'collective energies' to nourish themselves in order to progress. Also, these confusion mechanisms are put in place to prevent the Creators (You and Me) from attaining spiritual nirvana.

Some may look/view our statements as "homophobic", but a deeper understanding of how 'metaphysical' energy works when it comes to spiritual polarization is extremely important. Without this knowledge, our comments will surely sound skewed and offensive, but this is far from our intent.

All Entities are free to love/mate with whomever they sought, the freewill of the Creator is extremely paramount. But as stated above, when higher spiritual energies are sought (Green-ray and above), this must, for the most part, be done via the mating of 'male and female', and not 'male/male' or 'female/female'.

Even when two Entities (male and female) have chosen to mate, there are still elements of separation/confusion mechanisms already in operation within our societal complex, which prevents higher energetic systems (or chakras) from being activated, i.e. marriages, religious dogmas, women's right, FGM, greed of ownership, slave/master mentality, lack of love, "toxic" masculinity, feminism etc. Note: There's a huge difference between "feminism" and "femininity".

In conclusion, whatever the sexual orientation of any Entity, each is still a co-Creator of infinite worth.

Last modified on Sunday, 22 March 2020 00:59
Tweet
More in this category: The Length of Years in 1st, 2nd & 3rd Density Experience on Earth »
Login to post comments
back to top